5 Online Slots With the Highest Jackpots

Slot machines are hard to beat when it comes to pure gambling thrill. As such, it is no wonder that slot machines remain one of the most popular games to blow off some steam.

A percentage of every money you and other gamers inject into these machines is swallowed up and placed into the progressive jackpot. This operation progresses until one player is extra lucky to win the massive payout.

Below are the five best real money slots casinos with the highest jackpots.

This game is based on Monty Python’s Quest for the Holy Grail movie and British comedy show. Monty Python’s Spamalot has a total of twenty slot pay lines and five reels to offer. The game’s unique features include scatter and wild symbols, plus the following bonus games:

What players want the most when playing this game is sparking off the Jackpot Game that’ll offer them a chance to take the prize on one of the two progressive jackpots, specifically the Slightly Less Holy Grail Jackpot and the Holy Grail Jackpot.

What’s more, Playtech was successful in retaining some humor from the British comedy show. If you want to unlock the bonus game, you must go through a few steps. The first step is to prompt a round of ten free spins by acquiring at least three scatter symbols on the reels.

For instance, if you land five “Jackpot Game” symbols during the free spins, it will prompt the jackpot bonus game with six levels. You need to reach the sixth level and choose one symbol. If you pick the lucky one, you’ll win a jackpot.

This game, created by NetEnt, is one of the most famous slots you can play online. Since a notable gambling software supplier makes it, it assures players will have excellent gameplay, fantastic sound effects, and high-quality graphics.

Mega Fortune’s theme revolves around the high-end lifestyle experienced by the wealthy. It is evident by NetEnt’s symbols that were used for the reels, which include bottles of champagne, wads of banknotes, limousines, watches, and more.

Besides that, Mega Fortune uses the traditional five-reel format and provides twenty-five pay lines, plus rounds of free spins with wild symbols, scatters, and multipliers. The obvious attraction of this game is the progressive jackpot it offers.

On average, its predicted value stands at four million credits. Aside from this huge jackpot, the game features two local and smaller prizes, namely the Rapid and Major Jackpots. The smaller prizes are called “local” because their amount is decided by players who bet on the game.

As such, the size of these prizes can differ significantly from one casino to another. All players want to win the Mega Jackpot because it usually hits millions of pounds combined across all casinos that offer the game.

To win, you need to unlock the bonus game by getting three bonus symbols. Mega Fortune has a wheel, and when it's spun, players will win either a coin prize or one of the three jackpots. It’s also viable to win a round of free spins with multipliers 5x on your winnings.

This game features the world of pointy satin slippers and tasseled fezzes. Many players have won millions of dollars by playing Arabian Nights ever since it was created in 2005. To win, you need to place a bet of at least €5 per spin.

Even though the cost per spin is high, Arabian Nights do deliver massive rewards. For example, in 2010, a slot player scooped out €4.8 million, while in 2011, another slot player won €1.4 million.

This slot game employs a simple setup of ten pay lines, five reels, and three rows. Although you won’t see any rubbing lamps in the game, a lamp symbol can help you get fifteen free spins with a 3x multiplier.

This progressive jackpot slots game has paid out more winnings and created more millionaires than any other games. Mega Moolah is a simple and easy game featuring twenty-five pay lines, four jackpots, and a 5x3 grid.

The jackpots include Mini, Minor, Major, and Mega. What’s more, the bonus round in this game can appear randomly, and when it launches, you can spin the wheel and win whatever prize it stops at.

This game is famous for its progressive slots and deposit bonuses. Their maximum prize can reach five million, which is usually one of the best out there. In deposit bonuses, you can get at least $1900.

Even so, the 70x betting requirement can be brutal. What’s more, the average payout of this game is more or less 96%.

When slot machines were first introduced, the prizes weren't as high as today. The first fruit machine used to pay out candies rather than coins. When playing, be sure to know your limits and stick to them.

Annalise Weathers works at www.onlineunitedstatescasinos.com as a writer. She has spent years playing professionally, allowing her to write reliable content. In her free time, Annalise takes her dogs to the park. 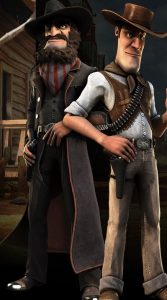 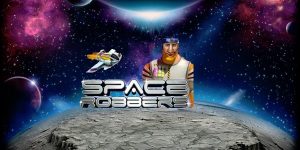