History of BetSoft gaming and its background

This company came to life in the year 1999. It is based out of southern Cyprus, which is considered as a popular offshore gambling hub for the betting companies. This company produces gaming software which covers a wide range and, some of the popular casino games offered by this company include bingo, table casino games, slot games, virtual racing, etc. This company licenses all the games it makes to the casino operators in the world and while it does so, it ensures that the games meet all the technical testing standards, vital and authorized by the licensing authorities of Alderney. This company is known for its niche in the 3D & mobile slots, which has made them popular in the gaming world. This company is primarily known for its original themes and 3D animations, which are primarily its USP.

Betsoft not just produces all video slot games; it offers a wide range of games from 3d to poker. However its slot3 series stands out. And this series became popular due of its impressive themes and graphics. These slots work impressively well even on mobile phones and they have been miniaturized well. These games, despite being classics, offer amazing mini games in the form of jackpots, bonus rounds and free spin. Some of the best games offered by this company include ‘Madder Scientist slot machine’, ‘slot game Giovannis Gems’, ‘slot game Mamma Mia’ and ‘video slot The Slotfather II’. Some of the unusual range of table games offered by this brand includes Baccarat and blackjack.

When the games are offered to the casino operators, these games come with a high degree of customization options. This allows the individual casinos to offer a unique feel to each and every game. Betsoft Gaming uses flash technology for its bingo games and hence it is not easily accessible to apple users. For android and PC users, the games run without a glitch. Recently, this company launched a poker game which goes by the name Poker3. This is first poker game which employs 3D animation graphics. This game is further made popular due to the introduction of cool avatars and its fast pace of play.

One of the other popular games from the company is the video slot 2 Million BC, which is a 3D slot game which takes the player to the prehistoric era. The graphics used in this game are nothing short of amazing. This game typically uses wooly mammoths and cavemen to create an amazing picture. One more game from the regular ones is the Night falls which is a 3D detective game, based on lines of pink panther and other TV detective series. 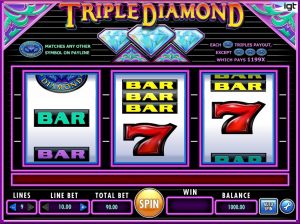