The Earnings of the Casinos III. - Bwin

bwin was the place where i placed my first bet. Since I remember gambling, it has been connected with this company. I even had some nostalgia many years ago when I was thinking that all the other ones are are parasitizing on their success. For many years was Bwin on the top, but then the fall of a Titan happened to come back even stronger...

Bwin was an online gambling company, which was formed as a result of merger of Party Gaming plc & bwin Interactive Entertainment AG. This company was the world’s largest public online gambling company, which is known for its poker room, world poker tour & the sports betting brand- bwin. The company was headquartered at Gibraltar and was listed on the London Stock Exchange. In the merged entity, PartyGaming shareholders owned around 48.4 percent of the company and bwin shareholders owned around 51.6 percent of the company. Besides this, the entity had two joint CEOs in the form of Jim Ryan and Norbert Teufelberger.

As far as the history of Bwin is concerned, in 2012 October, Bwin sold off its leading poker network which went by the name “Ongame’ to Amaya Gaming Grp. for €25 million. On March 31st 2013, Party Gaming & Bwin merged to form a new entity. In November 2013, Bwin applied for a new online gaming license in the state of New Jersey. It got the license and launched both casino games as well as poker. These games were introduced under the land based casino license of Borgata Casino. On the online front, Borgata Casino’s own brands and its new brand like partypoker.com were launched, which in a month’s time acquired 50 percent of the game traffic. In the year 2015, GVC and 888 holdings both bid for Bwin, but GVC won the bid and acquired the brand for £1.1 billion.

Post the acquisition of Bwin, GVC enjoyed a significant year and the revenue increased by 9 percent to € 894.6 mn, while earnings increased by 26 percent to € 205.7 mn. The adjusted pre-tax profit doubled to € 93.8 mn. The sports betting handle in the form of Sportingbet, Gamebookers, Betboo and Bwin, saw an increase of 4 percent to € 4.55 bn and the combined revenue it generated stood at € 654 mn which was an increase of 14 percent. One important thing to note here is that the gain of sports labels was quite impressive! Their marketing spend was just 17 percent of the revenue which was well below the industrial average. In order to further make a dent in the market share, GVC plans to increase the sports related marketing to 25 percent. The EBITDA for this company increased by 26 percent to reach a value of € 193.5 million, and this was quite high to the value of € 54.1 million which was reported by the company, the previous year. Besides, there has also been a substantial EBIDTA margin improvement from 20 percent to 23 percent.

As far as the game labels for GVC were concerned, which included Foxy Bingo, PartyCasino, Gioco Digitale, PartyPoker and CasinoClub, the pro forma revenue fell by around 4 percent to € 203.5 mn. In constant currency terms though, this figure lay flat. Though, the brands did enjoy new player acquisitions, which were the positives! The new financial year has begun with a bang with the daily revenue soaring up by almost 15 percent as compared to the performance last year. Also, the sports labels improved their gains by 18 percent and the games labels went up by almost 6 percent.

For the New Year, the company is actively looking at doing some form of mergers and acquisitions. Initially the company was only interested in picking up the stakes in online gambling operators. However, the company has now opened up and is looking to tie up with partners like William Hill and Ladbrokes Coral. According to The CEO - Kenneth Alexander, a portion of the financial and operational success for the group can be attributed to the GVC group’s capability to create substantial value for the shareholders by carefully choosing its acquisitions.

If you liked this article, please look also at the Earning of Betsson.

Yeehaw! Get ready for a Wild Wild ride in the Wild Wild West with the latest slot game by Net Entertainment 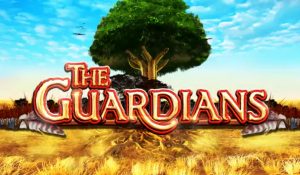 Inspired Gaming Group is presenting a great online slot called The Guardians, which you can play for free at the one and only Spincastle 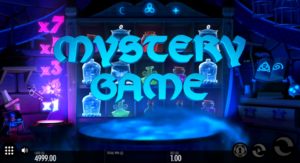