The Earnings of the Casinos I. - William Hill

If you ever walked down the streets of London you must have seen on almost each corner. The one and only william. With such a density you might have thought they must be ruling the world. But guess what they are not the number one in the world and not even in the UK. Please read about how they were doing.

William Hill is a London based bookmaker who is listed on the LSE & is an FTSE 250 index constituent. This company was founded by Mr. William Hill in the year 1934 when gambling was not considered legal in Britain. This company kept changing many hands with it being acquired in 1971 by Sears Holding, in 1988 by Grand Metropolitan and in 1989 by Brent Walker. This company was acquired by Nomura in 1997 through a leveraged buyout of £700m. This company landed in the hands of private equity firms CVC Capital Partners & Cinven in 1999 for £825m. The company has been put up on LSE since 2002.

As far as operations are concerned, the company has its operations worldwide and employs close to 16 600 people. The main office for this are located at UK, Ireland and Gibraltar. William hill is the largest operator in the UK and has 25 percent of the market share in UK & Ireland. This company processes more than one million bets every day via its betting shops.

Along with the betting shops, it also offers gambling on the internet in the form of sports betting, casino games, poker, bingo and other skill based games. Currently the company owns around 2300 betting shops.

Some of the popular online casino games offered by William Hill are:

As far as the financials are concerned, the operating profit for this year fell by 10 percent as compared to the last year and it stood at £261.5m. The revenue for this company rose by 1 percent to £1.6b. As far as the online revenue is concerned, it went down by 3 percent to £544.8m and it formed around 34 percent of the revenue. Here operating costs increased by around 5 percent and the operating profit got pushed down to 1/5th thus settling down at £544.8m. The online sports handle increased by 2 percent to £4.3b, but the margins fell down by half a percent dragging the revenue down by 2 percent to £270m. The online gaming revenue went down by 4 percent to £274m and UK’s automatic self exclusion rules can be considered as a cause for this.

When it came to the revenue generated through a mobile, it improved significantly Thanks to Euro 2016. Mobile accounted for almost 70 percent of the sports revenue which is up from 64 percent in the previous year.

As far as operations in Italy and Spain are concerned, the operating profit generated stood at £1.8m from £400k loss the previous year. And this profitability increased due to the approval of slots online. William Hill Australia also reported an increase in the revenue by 3 percent, but the operating profit stood flat at AUS $ 27m. And this happened despite the reduction in the staffing costs.

In US, a 21 percent increase in terms of the local currency was observed in the betting handle. Here mobile wagering rose by almost 1/3rd and accounted for 52 percent of all the bets placed. Here, there was an increase in the revenue by almost 16 percent with the increase in the market share to almost 26 percent.

When it came to retail, the overall revenue remained flat and the profitability slipped by almost 5 percent to £162m.In order to spur up the growth, the company has decided to invest back around £30m over the next 3 years. William Hills wants to develop a new platform which will improve the betting experience across the global platform. This next generation platform is being worked upon with OpenBet, who is the tech partner. And it is this company in which William Hills holds a minority stake. Most analysts feel that this new platform should take William Hills to the next level. 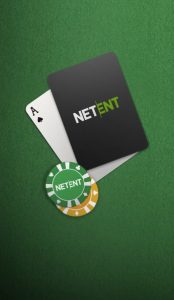 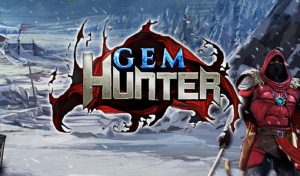 Gem Hunter video slot has a secret ingredience that makes it quite interesting and successful. Inspired Gaming Group produced the top 2 casino games from 2017 on Spin Castle