Is NetEnt set to become the biggest iGaming Developer in 2020?

The iGaming industry has been dominated by Microgaming and Playtech for some time now, with the companies conceived in 1994 and 1999 respectively. The former claims to have released the first mobile casino in 2004, while the latter has dealt with some of the biggest names in the gambling industry. NetEnt has been tussling its way up the iGaming ladder since 1996, and has brought out some of the world’s most popular slots in recent years. Due to this, it could be on its way to becoming one of the biggest iGaming developers in the coming year.

Some of the Slickest Games on the Market

NetEnt rose to prominence by bringing out a number of the hottest games on the market in the online gambling era. One of the standout offerings from the Swedish company is Starburst, a retro-style slot that has been highly popular among new and old players alike. More modern games from the developer come from its successful music range, which includes Ozzy Osbourne and Guns N’ Roses. Both of these games are available to play at SkyCity slots, where there is a heavy focus on NetEnt content.

The music-themed slots were particularly innovative because there weren’t many of their kind on the market before. By featuring a variety of famous acts and singers, NetEnt has been able to attract new players who like to listen to music. The company could even be credited with helping bring more attention to the Guns N’ Roses reunion which occurred in 2016. The band’s Not in This Lifetime… tour went on to rake in $584 million overall.

A Strong Vision for the Future

The reason why NetEnt could be on its way towards becoming the biggest name in the iGaming industry is down to the fact that it has a strong vision for the future. The online casino sector is constantly evolving, with gaming and technology patterns shifting on a fluid basis. NetEnt is attempting to get ahead of the competition by predicting the next big advancements and creating content for them. The most obvious example of an up-and-coming piece of technology is virtual reality, and NetEnt has already created two innovative slot games for this platform. If VR goes mainstream, online casinos will be scrambling to secure these slots.

The Swedish company is also looking to expand by acquiring smaller iGaming developers and adding their games to its overall catalog. The biggest piece of recent news was its takeover of Red Tiger, the company responsible for games like Emerald Diamond and Wild Wild Chest. The deal was worth a whopping £200 million, but it has served to eliminate a competitor and add more talent to NetEnt’s expanding network.

NetEnt seems to be making all the right moves at the moment. The fact that the company is always looking to innovate and expand suggests that it could rise to the top of the iGaming industry in 2020. 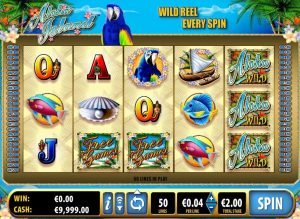 Around the World Online Slot 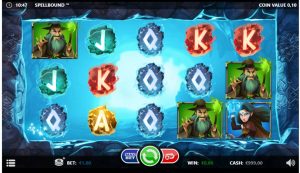 Back with another video slot machine which can bet stakes up to 6,000x, Microgaming releases Spellbound slot