NetEnt has developed an innovative new jackpot concept that allows players to collect Starburst tokens across multiple online casino brands and games for a chance to bag a community jackpot with other players.

Players will play together to fill up the PowerPots progress bar to trigger the community pot divided among any number of players – even if they happen to be offline.

All games within the family share the state and jackpot values, including an additional Major progressive jackpot. The platform is designed with maximum configurability for operators, offering multiple RTP configurations, contributions and prize set ups as well as the ability to tailor the user interface to match their casino brand.

“Starburst PowerPots was developed in line with our customers’ and players’ expectations, taking cue on everything from art assets to mechanics. We are using leading edge games design approaches to make this jackpot family with our most powerful games simple to understand yet compelling. Using the Starburst brand will create massive acquisition while these jackpot mechanics will drive huge engagement for players,” said Bryan Upton, NetEnt Director of Games.

“This is community gaming without the overengineering and overthought on what slot players really want. This product can fit into any operator’s portfolio and deliver any experience, from large life changing prizes to super-fast hitting jackpots,” added Upton.

One of the best-selling arcade games of all time will be transformed for slot entertainment as NetEnt is set to launch Street Fighter™ II: The World Warrior Slot.

The new addition to the supplier’s branded games hall of fame will feature the iconic eight selectable characters – Ryu, Ken, E. Honda, Guile, Chun-Li, Blanka, Zangief and Dhalsim – as well as boss fights with Balrog, Vega, Sagat and the truly evil M. Bison. Street Fighter II’s genre-defining graphics, soundtrack and animations, as well as its gameplay, will be reflected as true to the brand and the original game as possible.

Created by Capcom, a leading worldwide developer and publisher of video games, Street Fighter II: The World Warrior immediately captivated audiences across the globe and shot to record-breaking success when it launched in 1991, spawning multiple sequels and movies.

As the first one-on-one fighting game to give players choice from a variety of characters with unique fighting styles, it was the introduction of special move combinations that defined the game’s quintessential gameplay.

“The release of Street Fighter II: The World Warrior took the arcade world by storm in the early nineties and today it is widely considered as the ultimate classic video game that continues to entertain fans almost 30 years later,” says Bryan Upton, NetEnt Director of Games.

One of the world’s most renowned and influential TV chefs is set to be top of the menu in NetEnt’s licensed slots portfolio when his game launches later this year.

Also, notorious for his colourful language during his stellar global television career, the new addition to NetEnt’s growing casino game library of branded content will incorporate Gordon’s famous catchphrases, as well as imagery to tantalise the taste buds.

The Hell’s Kitchen and 24 Hours to Hell and Back presenter first graced TV screens in 1998 in the UK mini-series Boiling Point and has since become a global personality famed for his fiery temper and razor-sharp wit.

As an internationally renowned restauranteur, Ramsay’s empire of eateries spreads from the UK and France to Singapore, Hong Kong and the US, with 16 Michelin stars under his toque.

“Gordon Ramsay is a true rock star of the restaurant world. His strong personality and use of colourful vocabulary as front-man of Hell’s Kitchen have earned him legend status as a multi-Michelin starred celebrity chef, with fans all over the world. Just as importantly, this allows us to produce a true slot with a strong narrative and a lot of adult fun! We can’t wait to see what our players think of what we have in store for them.” says Bryan Upton, NetEnt Director of Games.

NetEnt has signed a deal with FashionTV Gaming Group, the exclusive licensor for the FashionTV brand in iGaming, to produce an innovative slot inspired by the leading fashion and style channel’s hit song ‘I Want to be a Trillionaire’, featuring FTV star Anja J.

This collaboration will enable NetEnt to actively leverage the global recognition of the FashionTV mega-brand and its international network, which reaches over two billion viewers.

FashionTV Gaming Group has rapidly taken the gaming industry by storm, connecting the online world with the luxury of FashionTV. Players are immersed in the glamorous world of FashionTV, with the opportunity to attend real-life branded events and parties and receive lavish FashionTV-branded goods straight to their doorstep.

“FashionTV has something different to offer the online casino sector – from its brand identity, its reach, the power of its global network, and its understanding of how to create engaging and unique content. Our partnership hopes to combine our unequalled ability to work with brands, with FashionTV’s sheer global recognition and marketing power.” said Bryan Upton, NetEnt Director of Games. “The ‘I Want to be a Trillionaire’ song is loved by millions of fans all over the world and we look forward to bringing ‘The Trillionaire’ game, inspired by this popular song, adding a touch of glamour and bling to our industry-leading portfolio.” 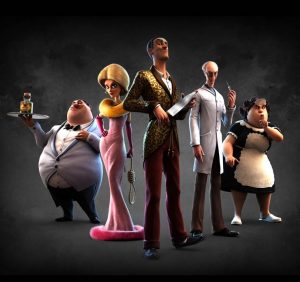 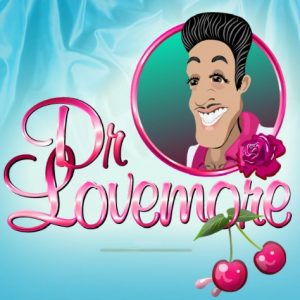 In Dr Love More video slot, get the chance to learn more new things about love from Playtech which will help you to woo your partner 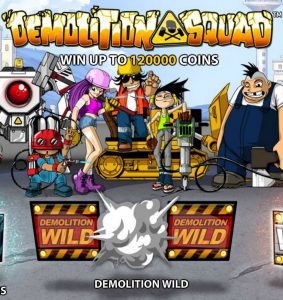