NetEnt, the King of Slot Developers

With so many slots available to play online (and we’re talking thousands), it’s obvious that there are going to be a fair amount of slot developers, too, making them all come to life. The likes of Microgaming and IGT have created some popular slots, but still, are they deserving of the crown of ‘King’ of the slot developers? Not quite. Not when they’ve got NetEnt to contend with, the developer that keeps on impressing year after year.

Pioneering the industry for over 20 years

Formed over two decades ago in Stockholm, NetEnt was started to create epic online casino games for players all over the world to enjoy. And it’s a mission that succeeded almost from the offset.

Just ten years after it was created in 1996, NetEnt was listed on the Stockholm Stock Exchange, showing that this was a business that meant… well… business. Over the years, NetEnt continued to release innovative new slots, bringing new game characters to British online casinos and slots fans, with branded games and fun new themes that still heavily feature online casinos today.

NetEnt also has some impressive facts and figures which show how its creativity and innovation is what makes it stand out from the competition:

There’s always something about a NetEnt slot that seems to make it stand out from the other ones you find online. Perhaps it’s the cutting-edge graphics, the slot mascots, branded content or just unique bonus features – each slot has time and resources spent on it. And it shows - there’s never a dull slot! That’s why we take a look at some of the top three NetEnt slots available.

Gonzo’s Quest – Despite being released in 2011, this slot has stood the test of time and continues to do so. It’s a fun, Mayan-themed slot that begins with an animation introducing the titular Gonzo on his quest for treasure. Then the character stands on the side of the reels as you spin away. Land a winning combination, and he’ll even impress you with his moonwalking skills – what more can you ask for on a slot?

You might ask for the Avalanche Reels feature, which plays a heavy part in this slot. When you land a winning combination, the symbols will blast away off-screen, with more symbols falling in from above. This helps you to create more chances to win, and with 37,500 times your stake up for grabs, it’s a feature that comes in useful. You can try it out for yourself and play this and other NetEnt games to see what all the hype is about.

Starburst – With its simple layout and design, Starburst is a simple slot to enjoy with visceral visuals and smooth gameplay. No wonder it’s been the world’s most played online slot for years. The five-reel, ten payline game is easy to play and understand, yet it still packs a powerful punch. This is no doubt due to the Starburst Wilds. They can appear in the three middle reels, expanding to give you three re-spins and bigger wins. When it all happens, the astrological theme and sound effects kick in, and it’s a pretty enjoyable experience, making this slot still one of the best around.

Vikings – Based on the hit TV show, NetEnt is no stranger when it comes to creating branded slots, and the company delivers here. The main characters from the first few series appear on the reels, such as Ragnar, Bjorn, Floki and Lagertha. But it’s not just the likeness that makes this slot fun; it’s the Shield Wall and Raid Spins feature that provides a fun take on the usual slot bonuses. Vikings has 243 Ways to Win, which expands up to 78,125 during the Raid Spins feature, showing you just how lucrative being a Viking was. Obviously, we don’t recommend you go off pillaging; the slot is more than enough. 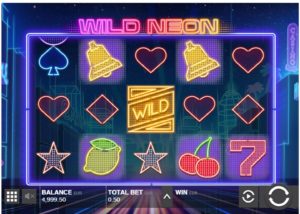 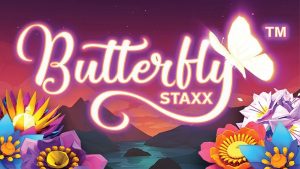 Butterfly Staxx takes you to the bright world of tropical flowers and fluttering butterflies with its latest offering. Catch the butterfly with a jackpot 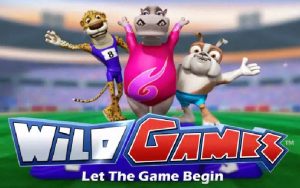