Prissy Princess Is A Pretty Game

In a world of prim and proper princesses, Prissy Princess is a refreshingly honest character. Players come to rescue her from an evil dragon on the loose and out to get her. The game is a new twist on the fairy tales so many players grew up hearing.

Players become the princess’s knight (or knightess) in shining armour on their mission to rescue her. In their quest to rescue her, players often come across the Crumbling Towers, one of the game’s better features. With the crumbling towers, a winning combination of symbols will take out an entire reel which gets a whole new set of symbols. Using this method, players can re-trigger free spins of the reels and watch their winnings grow.

Eagle eyed players, during the crumbling towers feature, are always on the lookout for the game’s coloured banners. These coveted banners enter players into the tournament when they get one of each color on the reels. During tournaments, players set out to impress Prissy Princess. This part of the game includes dragon wilds triggered by the appearance of the three knights spread across a single reel. The dragon wilds will hover above the reels and spit fire at them. This turns as many as three of the symbols already on the reels into wilds.

Several rounds of the tournament can be played during a single game. With competitions between the knights and the dragon, players are tasked with choosing the champion of each competition. When the champion they chose wins, they get a cash prize for it.

Players can head to the Spin Castle website to go on their quest to find and save Prissy Princess. 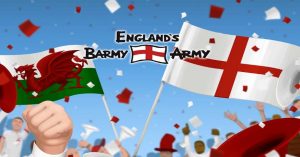 The England's Barmy Army Slot Game is here to please your national needs. Really? Not really 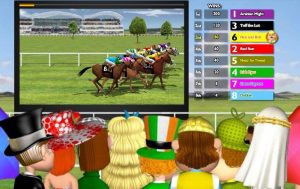