Have you noticed that many online casinos provide the same games? Some of them even share or collect the jackpots. You might think, gambling is a multi million business and you are right about it. The online casinos are making a lots of money but are they the most powerful ones? From our research the online casinos are only a "sales men" and there are companies more powerful in the background. Spincastle is introducing the third part of Gray Eminence of Gambling. In this part we talk about Amaya Gaming (The domain and possibly ownership structure was changed after publishing).

Amaya Gaming is considered to be a leading provider of technological-based services and the products in the business of global gaming entertainment industries. The company focuses mainly on operating, developing as well as acquiring technology-based assets that offer high-growth capability in both new as well as existing markets. Headquartered in Montreal, Canada, today Amaya Gaming has grown itself throughout the years to become one of the best casino software companies of the world. The company was founded in the year 2004 and today it has expanded its business throughout the online betting world including slots, poker software, table games, lottery products, sports betting solutions and many others. Alongside, the company has acquired a number of big names such as Chartwell, Cryptologic as well as OnGame. Thus, this company has become one substantially growing company of the world.

The journey so far

After acquiring some of the biggest name in the betting company, Amaya Gaming expanded itself into various other companies, thereby boasting on of the most robust gaming platforms of the iGaming industry such as BetVictor, GoldBet as well as InterCasino. Within no time, the Amaya Gaming Group has set itself as one of the finest gaming companies of the world. In August 2014, the company became the largest online gambling company of the world after the acquisition of PokerStars as well as Full Tilt Poker. The so-called acquisition was made under $5 billion and following such heavy investment, the success story of the company came as no surprise in the online world of gambling. After this, the company expanded itself to several other destinations of the world such as North America, South America and Europe.

Today, the company has become a proud owner of the casinos like PokerStars, Full Tilt, BetStars, StarsDraft, PokerStars Championship and PokersTars Festival that includes the European Poker tour, PokerStars Caribbean Adventure, Asia Pacific Poker Tour as well as Latin American Poker Tour. All these brands entertain a cumulative registered base of 105 million players and includes tournaments, online poker, branded poker rooms, competitions and many other entertaining services. Apart from this, the company also offers the gaming products which are non-poker related and are further licensed to grand the products in various jurisdictions around the world. The company’s PokerStars is currently considered to be the most licensed online gaming brand that operates in 16 different jurisdictions.

Software Platforms offered by the company

The company keeps on adding its new games by the way of its Rapid Game Deployment technology. Apart from this, it also includes iGaming platforms as one of its online software that powers a number of games. The other platforms provided by this company include its Cyber Boss back office tool, popular SMS and lottery solutions, mobile gaming as well as a number of land-based software solutions such as electronic horse racing as well as Mosino. The games at Amaya could be enjoyed in both the versions: downloaded as well as flash. The company also offers a few selected games that could be played and enjoyed on the mobile devices. Recently, the company released its real money poker app for all the smartphones including Android as well as iOS devices.

Amaya Gaming provides an extended variety of roulette to all the gamers. The best thing is that these games could be played using real money.

There is a wide range of the casino software supplied by Amaya. The platform provides for the slots that contain the games which are based on some of the most interesting themes such as film or TV favorites like Wonder Woman, Superman and the like. The other table games that Amaya provides are Baccarat, Blackjack and a number of different poker variations. There are a number of video poker games that could be thoroughly enjoyed by the players. Amaya supplies for 14 different variations of video poker games.

Apart from roulette, poker games, video slots and various other casino games, Amaya specializes in the Live Dealer Games. The live dealer games of Blackjack and Baccarat are available in both English as well as Italian languages. They are hosted by the same dealers and also entertain a chat option. Amaya provides for several other live dealer games that include Video poker or 3 card poker, Casino Holdem and many others.

The growth of Amaya Gaming over the years has been tremendous. The company has received a lot of accolades along with a large number of industry awards. In the year 2015 in January, the company was awarded by Cantech Letter, Canada’s technology magazine. Recently, Amaya bagged the GIA Casio Operator of the Year Award as well as GIA Poker Operator of the Year Award. The gaming experience that the company provides to all its gamers is beyond entertainment. In no time, the company has established itself to be one of the most sought after online casino platforms and the company is still putting its front foot forward every time it releases its game or announces any breakthrough project. All the games launched under the name of Amaya are simply remarkable.

You might also enjoy The Gray Eminence of Gambling II. - Microgaming. 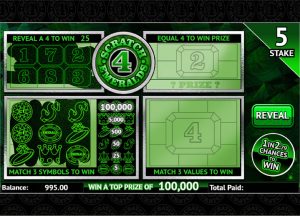 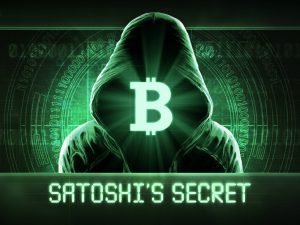