The insider information about the record £7.8 million fine to 888

We at Spincastle have been involved in the gaming industry since 2007 and know some people in person directly from many online casinos. We are even in contact with the UK Gambling Commission and can observe the movement from a distance to build our own opinion. Spincastle is bound to follow the rules of the UK gambling laws but free to criticize any online casino.

In the last months of 2017, there has been some significant action from most of the UK licensed online casinos. They were reviewing their internal processes, logos, money laundering gaps and took huge actions to fix what was needed. All of them knew that the UK gambling commission needs and exemplary case to show. Most of them took it seriously but some of them were relaxed and didn't give a damn.

Most of the action we saw from the UK's number one Bet365. They even went too far by literally browsing the internet and check if any website is not displaying some misleading information about them. We have been checked a few times (and passed), just like all others free casino game providers having a direct link to them - and not just in the UK. From our feeling, it led to cutting more than 50% of their new business.

Another case were the people at betsson. They checked their internal processes in detail but did not really bother about the other ones linking to them - even though the Gambling commission will most likely take them for responsible for any bullshit. So, if we at Spincastle would say "Go to Betsson" they will give you £ 1000 bonus (which is indeed not truth), then Betsson would suffer in the first place and Spincastle just a little bit - since the big money are being earned on the side of Betsson.

Then there was Royal Panda with their childish Panda logo. They were trying to follow the regulations, but somehow forgot that their logo might attract the audience under 18. I am not sure if they received any fine for that, but I remember the panic when they "got a call" from the UK gambling commission.

When it comes to the 888, we know them. We met them and to us, they seem a little pushy to us. To be fair, we believe they did some improving in the processes and they even checked their partners better than Betsson but for the basic fails there is hard to find an excuse. The opinion of Spincastle is the same as the authorities are with the huge fine communicating. 888 are used to do business on non regulated markets, where the behavior was normal and hard to control. UK is a different story. The greed has won in this case, they took the risk and now it is time to pay.

As the UK Gambling commission states, due to its failure in handling gambling related harm among vulnerable customers. In fact, it was found out that there were some significant flaws in the social responsibility processes laid down by 888 UK limited which exposed customers to gambling related harm, than protecting them.

According to the Commission’s investigation, there was a technical glitch in the 888 systems which allowed over 7000 customers to access casino/poker/sport platforms from their bingo platform despite of adopting for self-exclusion from the above mentioned platforms. And this issue went undetected for over 13 months during which the customers deposited over £3.5 million in their gambling accounts. Thus from this issue, it came to light that the self-exclusion processes put in place by 888 were just not robust enough to protect the interests of the vulnerable customers.

888, as a company also failed to identify the gambling related problems displayed by customers which resulted in some serious criminal activity. One of the customers put on stake a sum of over £1.3 million which included £55k stolen from his employer. This customer placed large bets and on an average gambled for 3- 4 hours daily. Considering the frequency of gambling or the duration and sum of money involved, 888 should have interacted with the customer. However, since they didn’t do it, it now raises serious apprehensions about 888’s ability to safeguard the customers who are at the risk of causing harm due to gambling addiction.

Sarah Harrison, who is the chief executive of the Gambling Commission, says that safeguarding of consumers is never optional. And that the penalty package awarded to 888 will highlight the seriousness of the violation in protecting the vulnerable customers. He also feels that the penalty package will ensure that the lessons are learnt and that the other firms will also exercise caution in dealing with the issue of gambling related harm.

Of the penalty package of £7.8 million which was to be paid by 888, £3.5 million would go to those 7000 customers who made the deposits in their gambling accounts. £62k would go to that employer whose money was stolen by his employee. And the lank chuck of £4.25 million would go to some socially responsible cause which deals with the issue of gambling related harm. The commission also ordered an independent audit to be carried out to identify the consumer protection processes laid down by 888.

Just like most of the Microgaming's casino games, even Jewel Box slot machine has some contrast full design 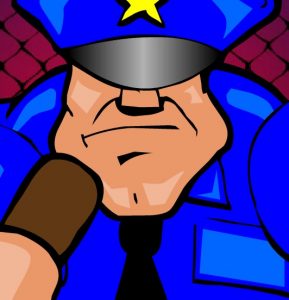