The Earnings of the Casinos V. - Betfred

The UK-based betfred has become a much known name in the casino industry today. The journey of this company has been remarkable. Started off as a UK-based Bookmarker, this company was founded by Fred and Peter Done. Betfred was initially established as a single shop in Ordsall, Salford in the year 1967 and the company’s journey till date has been remarkable. The head office of the company is located in Birchwood, Warrington. At the same time, the company holds various offices in Salford Quays, Salford as well as Media City.

In the year 2004, the company launched its first ever digital platform, Betfred.com which offered online casino, online sports betting, online games, online poker, lotto, bingo, virtual sports and pool betting. Following the same year, the company created its first ever betting shop millionaire out of a mystery customer who pocketed at total of £1,132,657.

In the month of July, 2011, Betfred acquired a total of £265 million. This was the same time period where the company was awarded with an exclusive seven year license to operate pools betting on the racecourses of the United Kingdom. It was further reported that the company crossed a total turnover of whopping £13.3 billion for the 18-month period ranging from March 2013 to September 2014 respectively. According to the reports, the company also paid a sum of £40m to racing in the same time period.

There also came a decline in the operating profit of the company to the exceptional items of £83.7 million and as a result of the introduction of the UK remote gaming duty in December 2014, the company pointed a 15 percent of the consumption tax. December 2014 marked the closure of the Australian operations of Betfred which also left a huge negative impact on the overall earnings made by the company. Following the exclusion of the exceptional items, the EBITDA during this period was down from £101.9 million to a major £56. 5 million.

The company recorded an operating loss of £76.7 million for the year ending of 2015. However, slowly the company began to gain momentum and posted a gross turnover of £10.4 billion for the 52 weeks to September 2015 which was equivalent to £200.7 million per week.

The total turnover of the company hit a whopping of £1.9 billion for its 18th-month period. Today, the company successfully operated Totepool, Betfred as well as Totesport.com. The entire group operates under 1,400 licensed betting offices as well as pool betting on 58 different racecourses, combining with telephone as well as internet operations. The group has employed more than 10,000 people in total.

If you liked this article, please look also at the Earnings of MrGreen. 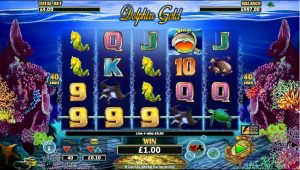 Dolphin Gold online slot by Lightning Box is a great looking fishy slot machine. It has great graphics and a nice free spins round 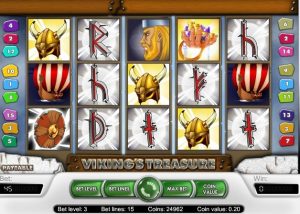