The Earnings of the Casinos IV. - Mr Green

Mr Green is considered as one of the most talked-about casinos in the present times. Mr. Green Ltd. is an online gambling company which has set itself successfully over the years. This company offers online casino as well as sportsbook to all the casino enthusiasts. The company is a limited company which is licensed and regulated by the MGA, Malta Gaming Authority, in Malta. The company has its head office based in Silema, Malta.

Mr. Green was founded in the year 2007 in its late months. However, it completely launched itself in the year 2008. The company was launched by three Swedish entrepreneus, Henrik Bergquist, Fredrik Sidfalk and Mikael Pawlo. Both Sidfalk and Bergquist had a fine experience in the iGaming sector for they also found the company and brand of betsson together back in the year 2001.

During the launch of Mr. Green in the year 2008, it was considered to be one of the first operators in the online casino sector that offered games from a number of game suppliers. The company built itself a seamless wallet solution under which it was not necessary for a person to exchange chips in order to play games from various sectors. This move of the company was considered to be one of the wisest and innovative moves of the time. Today, the company successfully offers more than 700 different games from different suppliers such as Nextgen, IGT, Quickspin, Net Entertainment, Quickfire, Microgaming, Bally Technologies, Play&Go, Yggdrasil, Bally Technologies as well as the live casino supplier of the famous Evolution Gaming.

The company lets you enjoy and game into hundreds of its best online casino game which also include its timely latest releases. You can spin your way to fortune by the way of the thrilling slots that company offers. There are also various chances to play for the multi-million jackpots, roulette, Blackjack and many others.

The monetary growth of the country, ever since its establishment has been remarkable. The company reported its financial results in the year 2015, on the 31st of December. Under the proceeds, the company released the reports about its quarterly revenue or game win from all the gambling operations that were up to a 15 percent year-on-year. The total figures reached a whopping SEK201.1 million respectively. The company also experienced a total growth of SEK174.8 million for the same period of the previous year, i.e. 31st December, 2014.

If all the items which affected comparability are excluded, EBITDA rose to a total of 71.2 percent to SEK29 million. It totaled itself to a figure of SEK16.8 million compared to a negative of SEK110.4 million that was reported for the fourth quarter of 2014, as laid down in the reports.

The full-year game win of the company in this period amounted to SEK792.6 million which increased at the rate of 20.3 percent from the SEK659 million that was posted in the year 2014. It was also reported that EBITDA excluding all the comparability-affecting items increased at the rate of 1.4 percent year-on-year to a total of SEK136.8 million respectively. The same totaled a negative of SEK36 million as compared to the earlier negative of SEK31.2 million in the year 2014.

Commenting on the overall financial performance of the company, the CEO Per Norman stated that the company’s casino saw a remarkable revenue increase as well as growth in the year 2015. Norman also pointed out that the company has decided to expand the presence of the operator in all its online gaming market in the coming years. According to him, this move of the company would come forth as a natural expansion as most of the existing casino customers would also bet on various sports.

If you liked this article, please look also at the Earnings of Bwin. 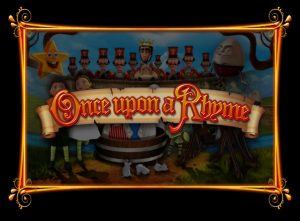 Once Upon A Rhyme Online Slot Game