How organised groups were cheating the Bookmakers

The title sounds a little cheesy, but keep on reading - there is nothing misleading. We interviewed a former marketing director from already non existing online casino and bookmaker Doxx - lets call him John. He revealed as some groups of tipster mostly from Bulgaria and Romania were pulling out tens of thousands per month.

This article is being published with some background events happening in the UK and we believe there is a connection with that. There was quite a lots of noise when the UK gambling commission fined 888 casino with £7,8 million and few weeks later William Hill with £6,6 millions at the beginning of 2018.

Relatively unnoticed remained the fine of 1 million to SkyBet in march 2018 as the the UK Gambling Commission posted  on their website. The fails were from our perspective serious and SkyBet can be lucky about the amount. Lately SkyBet decided to close their affiliate program and the reason from their statement was the following:

“The regulatory landscape in which the industry operates is developing and maturing and operators are experiencing increased obligations regarding their regulatory responsibilities and level of compliance.

“In order to operate in a compliant manner, we feel that operating the partner programme is no longer viable and that managing the output of affiliates presents a significant risk to our business from a regulatory perspective.”

Here is our opinion: This is a serious decision, that might have a huge impact on the earnings of SkyBet. Affiliates are an important (and relatively cheap) source of traffic for bookmakers when it comes to tipster registrations and SEO. You can always make the affiliate follow the rules or cut him off. From the Gambling Commission statement about the fine, we see internal failures only. We can not buy 100% of the talk about the responsibility after what happened.

We believe, the problem could have been within the risk management of SkyBet, since the tipster groups are still "alive".

And this is how the tipster groups work

Lets say you have a football match between Real Madrid and Barcelona.

The odds are as following:

The bet amount is £3000 and the lowest win is £2600 is Real wins. That means, somewhere you need to get the difference.

“It is al the time the same story and I understand if some Bookmakers don't want to mess around with it. If you see a new affiliate and suddenly a player registered through him bets 10 000 on a match, you can be sure he is a part of some group.

On the other hand, you have many tools how to cut them off. Only the bookmakers who have no experience will fail to see this. There are smart groups which are spread all over the Europe, use different IP's and bet smaller amounts. They are however easy to recognize through the traffic (and other tools). If  you are a partner and have only a few registered tipsters, and new ones do not come in regulary, you can be sure it is somebody playing games on you. We for example only paid to those who had a strong portfolio of  tipster and new ones kept comming.”

Just in a case you would consider doing this type of business, we are warning you. If you get revealed and are from the UK, you might end up in jail or with a big fine. If you are in markets which are not regulated, you will be simply not paid.

We personally know a tipster, who built up a nice amount on his players wallet back in 2010. After he got revealed, the bookmaker (already non-existing Vix) froze the funds, closed his accounts and told him (via phone) to bugger off. His only chance was to use the law system, what he indeed didn't. It would have been really dangerous for him - in a sense of his other attempted frauds being revealed.

Diamonds, rubies and much more you can find in the Hot Gems video slot from Playtech 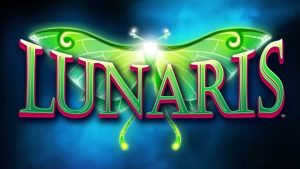 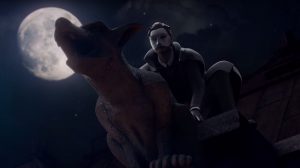 Phantom of the Opera Slot

The Phantom of the Opera slot from NetEnt is a 5x4 video slot with 40 bet lines. There comes the tragic story to the world of online gambling