Not enough clicks on safer Gambling

Gambling and betting activities cannot be stopped - it has been there thousands of years ago, and it persists. However, such activities could be made better and safer and such an initiative was conducted in 2021 for the Safer Gambling Week. The promotion was mainly carried out on English websites.

The need to get the message of safer gambling was the paramount idea behind such a campaign. As a result, the campaign is aimed at making the messages more attractive and the message should be displayed more interestingly- this will ensure that it is distinctly visible to the users. In this attempt were formulated three different catchy messages-

The three messages were so designed and placed on the website such that they are easily visible to anyone who logs in to the site. The orange color scheme of Safer Gambling week was maintained and the messages were mostly displayed on the top, making it flamboyantly visible. The results showed that the first message received only 1.99% of the clicks. The other two messages also didn't fare very well and only garnered a click rate of 2.29% and 2.49%. to sum it all up, only 2.29% of all the users who came across these messages clicked on them.

The Responsible Gambling Projects claimed that the messages had a better click rate than the existing educational articles on gambling. It also indicated that measures will be taken to carry on the campaign and display such useful information throughout the year targeting all kinds of gamblers. The main problem with gambling activities is that most gamblers don’t go to the educational articles unless they witness problem gambling symptoms.

What is the conclusion? It is hard to tell if slightly more than 2% are enough or not. But let’s say those 2.29% were the ones that changed some kind of pathological behaviour. We are sure that there was not a 100% success rate but we can be sure some players decided to take a step back. But how many? Maybe one out of 100? With 100 000 players you have 1000 of those who ceased from the intention of gamble. Is that enough? As we often say by car accidents or alcohol “Each saved life counts” and we can apply that even to gambling. 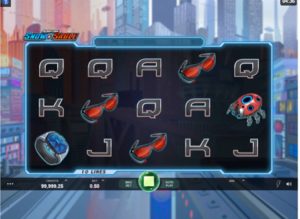 Microgaming has somehow predicted the futuristic city of Aurora in Snow and Sable slot game. 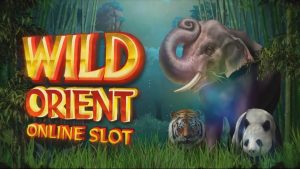 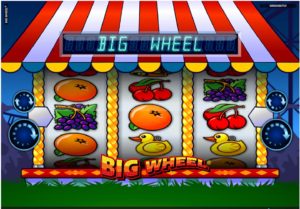 Big Wheel slot is all about your favorite traditional fruit machines. Thus, make the most of it and enjoy a game of fruit machines now