Roulette Strategies and Systems I. - Do they work?

A roulette strategy also referred to as roulette system refers to a bet selection as well as a money management plan using which you are able to play the game of roulette in your favor. The popularity of roulette cannot be overseen for this casino game has spread like a wildflower throughout the world and a number of people are often seen betting on it.

We also believe, there are some made up myths spread before the UK gambling commission (and commissions from other states) took control of this gold mine.

We also came with two tips and tricks for roulette:

Following are considered to be top ten roulette strategies of all the time. We only bring a brief description - not suitable as a betting guide. We need you to start up your brain and not follow the recepce blindly.

One of the most popular roulette systems is the Martingale. This is not a system used for bet selection. However, it is just a betting progression in which you can double the bet size after your losses in the game. All you are required to remember is that the wheel doesn’t give a damn about the size of your bet. Likewise, the odds in the game are not going to change. Thus, you are required to change the size of the bet on various different spins in your game. Since, the losses in the game are uncertain, you will be paid an unfair amount (the stupid zero) on the account of your winnings as well. In this system, you can do well for a while, however you will reach the maximum table bet and all your losses will eventually compound.

This one is considered to be an interesting strategy which uses a slower rate of progression than the Martingale system by the way of winning back all the losses over various winning spins instead of one. Although, there exist chances of more losing spin but the best thing here is that you don’t go on an extra losing run over a short time period. There also exists a reverse version of Fibonacci where all the existing rules are flipped around. However, the former is considered to be more secure.

This method of betting system requires a pad and a pencil. This starts off by choosing a sequence of numbers of any length. Each of the numbers that you have chosen in a sequence exhibit a unit of betting along with the sum of the numbers which is considered to be the win goal. The cancellation system works when the player approaches to his first bet as the sum of his first and the last numbers coming in the sequence. In this case, two events are possible – either win or lose of a 6-unit bet. If the bet is lost, the amount is added to the end of the sequence of the numbers.

This strategy is also considered as the Pyramid system. It was established in the 18th century. According to this strategy, the player can gather all his solid winnings of the game in a long term, provided that he needs to decrease his bet by 1 after each win and to increase the same by 1 after each loss. At the same time, this system also lets you to apply an opposite strategy where you can increase you bet upon winning and decrease the same upon losing. This system is popular because of its simplicity as well as small variance.

This system has remained to be a famous system as the strategy here is to cover the particular numbers which are spaced evenly around the roulette wheel and thus no matter where your ball has landed, you have got a shot at winning the bet. The only problem with this roulette strategy is that over the time all the wins that you make when your numbers hit shall not compensate for all the loss that you have faced when you numbers haven’t hit the position. Nevertheless, it is still considered to be a popular as well as opted system of betting in roulette. 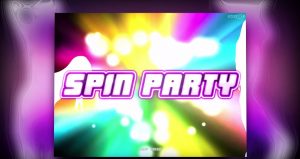 The dance party is in full swing at all hours in Spin Party, a flashy, funky five-reel Play'N Go slot game 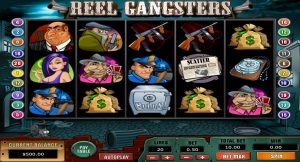