History of Roulette and the fraud called Zero

Roulette, as we play today is an amazing game of casino which not only multiplies your cash into double but also gives you a boost of entertainment during all the time you play it. The amazing spinning wheel, the calculation of bet as well as the prediction of the results altogether make this game of roulette a fun affair. Ever wondered how this game of roulette came into existence?

The mastermind behind the casino game

The credit of the invention of this amazing wheel game goes to Blaise Pascal, a French investor, physicist as well as mathematician. Interestingly, Pascal wasn’t even trying to invent a casino game, but a perpetual motion machine. Little did he know that the latter would turn into a popular casino game? The motive of such invention was to create a machine for all the nom-scientists which would continue to operate without drawing any kind of energy from the external source. Although the experiment of Pascal was failed, but the process gave birth to a world famous game today.

The invention of Zero

Zero didn’t exist in the game of roulette until the mid-19th century. In fact, this invention of Pascal remained the same for centuries. The entire scenario was given a new dimension in the year 1842 when Francois and Lois Blanc led to the design of a new Roulette wheel having a single zero on it. Interestingly, this designed was exclusively created for King Charles III of Monaco. Adding zero to the wheel certainly gave the house a bigger house edge. But only a bit - less than 3%, but the impact was huge. This new wheel generated a lot of income for Monaco. The game with a single zero is recently called the French Roulette and has many different forms with just a small change depending on who designs the casino game. Basically, the European roulette or the Classic roulette and many others are simple the mutations of the French one.

When you see the double

When the entire world started giving new dimensions to the game of roulette, why would a country like America step back? Americans are obsessed with creating their own things and this has never remained a secret. This time, the Americans experimented with the game of roulette and tried to add a new feature into it. In order to give the house an even bigger edge than the zero, the Americans added a double zero on to the roulette wheel. Thus, this means that instead of 37 numbers on the wheel, the American Roulette consisted of 38 numbers (1 via 0, 36 and 00). Innovative indeed. And as you might have guessed right, the odds are even worse - meaning: the chances are in favor of the casino in about 5%.

Another milestone in the entire journey and growth of roulette was the prediction of the results. All the credits for this major breakthrough goes to an Australian statistician who figured out the concept of beating the odds in the game of roulette. Michael Small from the University of Western Australia studied the concept of roulette wheels along with Chil Kong Tse Polytechnic University of Hong Kong. Both of them figured out that if you are aware of the precise location of the spinning ball along with the speed of wheel and ball when the croupier releases it, you can easily figure out what to bet on, thereby increasing your odds of winning. Sadly, it is hard to even predict the number of odds in a regular casino setting.

Out of all these achievements of important milestones throughout its journey, one of the most important achievement was when the game of roulette went online. With the introduction of internet as well as high technology, the concept of going to the land-based casino to enjoy the game of roulette was turned down by the newer concept of online roulette. The introduction of online roulette casino was given life and the same gained popularity in no time. No matter in what corner of the world you live, you can easily enjoy a game of roulette on your computer or mobile screen. If you are skeptical about the regular one, try the live roulette. Not sure about the difference? Live roulette is basically the same thing as if you went to real casino, no machine generated results, just pure odds.

Looking forward to playing online roulette sooner? Enjoy the amazing 3D European Roulette offered by SpinCastle and give yourself a dash of full-on entertainment. 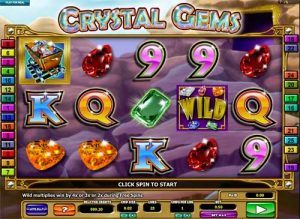 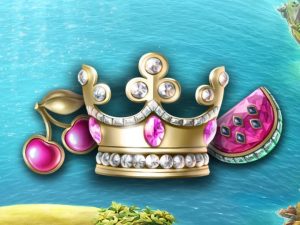