Scientific Games provides high quality, secure, player engaging services and products to the gaming and lottery organizations around the world. Scientific games started in the year 1974 through the instant lottery and ever since then it has been at the pinnacle in the gaming and the lottery industry. This company has introduced several unique things which did not exist before. And these industry firsts were actually the customized solutions provided to the clients. Scientific games now deliver an integrated sequence of services and products to the customers across six continents through facilities which are based out of Europe, Asia, Australia, North America and South America. Some of the state of the art products delivered include lottery gaming systems, instant lottery games, internet applications, terminals & services, gaming control systems, marketing solutions and server-based interactive gaming systems.

Scientific Games are headquartered at Las Vegas, Nevada. It has close to 9500 employees around the world and operates through three different divisions- gaming, interactive and lottery.

In 2011, SG gaming purchased the crowd favorite ‘Barcrest’ and modified its slots to ensure that they appeal to a larger audience. Besides, games like Sheik your money, rainbow riches and Psycho cash beast were modified, such they develop relevance, offer something unique and fresh to the audience and improve their experience. This infusion has given the games a new lease of life.

Thanks to the modifications introduced, one of the most popular& crowd favorite line of a slot machine is the Rainbow Riches!  This was originally created by the gaming company Barcrest which was purchased by SG gaming in the year 2011. Though the original game operated differently, SG gaming modified the gaming concept and brought the £100 & £500 range of jackpot versions to the game. These slot machines do extremely well in the amusement arcades and bingo halls with multiple players coming in with progressive pots.

Many of the games offered by SG gaming come from the houses of the companies they have acquired. However, it should be noted that the multiple bonus roulette games offered are their own exclusive designs. Global draw which came to life in 1997, introduced to the world the original roulette. In 2006 SG gaming purchased this company and introduced its own line of roulette which has not become the professionals’ favorite. Some of the popular roulette casino games introduced by SG gaming includes Key Bet 500, Golden Odds Roulette and Key Bet Roulette.

And thanks to the use of technology, SG gaming now creates all the more advanced games, while ensuring that the speed at which the computerized betting terminal operates remains same despite of hosting more than 50 games. 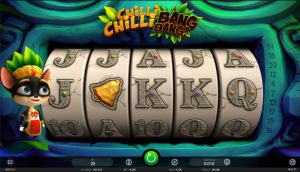 Chilli Chilli Bang Bang online slot by iSoftBet is known to have playable slots. The design is of high quality and offers several kinds of bonus features that can be triggered easily 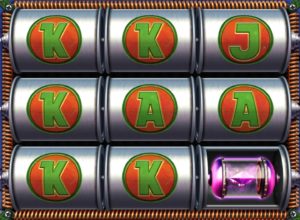