Have you noticed that many online casinos provide the same games? Some of them even share or collect the jackpots. You might think, gambling is a multi million business and you are right about it. The online casinos are making a lots of money but are they the most powerful ones? From our research the online casinos are only a "sales men" and there are companies more powerful in the background. Spincastle is introducing the part number six of the Gray Eminence of Gambling. In this part we talk about Barcrest Gaming, which is now SG Interactive or better known as Scientific games. But don't get fooled by the name. There is not much science behind it and it is rather speculative.

Online gambling is taking the entire world by storm considering which a number of casino software companies have gone viral for the players who otherwise couldn’t afford to go to a casino parlor all the way. These companies, apart from bringing the land-based casinos, also bring a number of other slot and video games that are usually enjoyed by the players at large. One such famous gaming company is Barcrest Gaming. Founded in the year 1968, this company is listed among the best gaming companies of the world and is mostly concerned with making bingo, arcade as well as cub games. The most notable creation of the company are their very popular skill with prizes (SWP) as well as amusement with a prize (AWP). The company recently has related itself with the creation of some of the most amazing slot games.

Barcrest Gaming was founded in the year 1968 in Manchester, England. The history of this company is very long and rich prior to its merger with the presently famous Scientific Games Corporation. After the foundation of the company in the year 1968, it began to popularize itself into a number of arcades, pubs as well as bingo halls by the way of releasing some of the most popular games of that time. The SWPs and AWPs created by the company gathered a huge popularity in the 1960s, 70s and 80s and the same began to spread to other parts of Europe. The company continued to entertain its steadfast growth as well as innovation throughout this period. One major breakthrough for the company took place in the year 1998 when it was purchased by the very famous online casino games developer International Game Technology - IGT. Following this new synergy, the games provided by the company began to spread to almost all the corners of the world.

Post the acquisition of the company by the world-class IGT, the company changed its focus from the original direction to adapting as well as developing the games that are particularly meant for the iGaming industry. This step was taken by the company considering the growing popularity of internet and video slots.

In the year 2011, another important decision was taken for the benefit of the company. Barcrest Gaming was purchased by the Scientific Games and since then, the company has been working under the same agreement. The company began to develop a number of amazing games for the online players and released some of the most impressive games to play and enjoy. Today, this name is considered to be one of the most successful gaming companies that it concerned with the production of video slots, casinos and a variety of other successful online casino games.

All the slots and games produced under this name make sure that they carry a very unique look and design. The makers behind these games and slots are a team of experts who are the best in the business. The graphics used in most of the slots designed by this company are amazing. They are all nicely animated. The further designing of the sound effects make all these games a treat as these slots and game are loaded with a sudden and loud sound.

Apart from working on the overall presentations of these games, the makers have paid all the attention on the bonus score of these slots as well. Most of the slots of this casino entertain three different bonus games. The initial spins, the wilds, the symbols etc. together make a combination of an awesome bonus deal for all the players.

The whole beauty of all the titles produced by Barcrest is that they are mostly the ports of the land-based slots as well as fruit machines which have already been proven to be highly famous among the punters.

Some of the best slots that have gained immense popularity over the time include the following:

Currently, the company has released 28 different Barcrest games that include the titles like Action Bank which mainly focuses on a tic-tac-toe interface, Call of Fruity that combines the popular video game along with the classic fruit symbols present in a slot machine as well as King of Aztecs video slot that offers an amazing gaming experience based on the ancient civilization of the Aztec.

Apart from the above mentioned slots and games, the company also entertains one or two offerings of the progressive jackpots. These offerings include the Elvis Top 20 game that is based on the famous icon, Elvis Presley as well as all his hit songs. All the games that the company provided could easily be accessed through the sites which offer you a downloadable software. At the same time, the players are also at the opportunity to access the products through their web browser and to further play them into the instant play mode. As a result of the emergence of mobile gaming, the players can also reach these games using their Android as well as iOS software.

Security and fair play is something that the company considers its serious aspect. The company entertains a fine customer service the representatives of which are available at the disposal of the customers 24x7. The customer care makes sure that it answers all the queries laid down by the customers. In addition to this, the dedicated team of the company also keeps a follow up on all the queries from the casino owners. The games make the use of the latest technology which is available to make sure that it avails a fair gaming experience and all the games they provide are tested as well as certified.

As of the year 2011, the company has been operating itself as a subsidiary of the Scientific Games and is based in the UK. Barcrest is one reliable and a safe developer and the games offered by it are nothing but the best in the entire online gaming and casino industry.

If you liked this article, you might also enjoy The Gray Eminence of Gambling V. - Aristocrat

If you are up for playing a typical classic movie slot game, then obviously there is nothing better than the Lady In Red from the hands of Microgaming

Adelia the Fortune Wielder video slot, a design by Microgaming, offers outstanding sound and visual effects and takes players to a world of magic 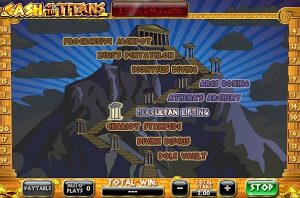