Have you noticed that many online casinos provide the same games? Some of them even share or collect the jackpots. You might think, gambling is a multi million business and you are right about it. The online casinos are making a lots of money but are they the most powerful ones? From our research the online casinos are only a "sales men" and there are companies more powerful in the background. Spincastle is introducing the part number five of Gray Eminence of Gambling. In this part we talk about Aristocrat Casinos.

Ever since the emergence and popularity of online casino and gaming, a number of companies have established themselves on internet and as a result, they are making huge profit by the way of providing the players with some of the most amazing games and also bestowing the huge cash-prizes ad jackpots upon them. One such famous casino software company that is concerned with providing an amazing platform for a number of online casinos is Aristocrat. Aristocrat Casino Software has fast evolved as a famous worldwide brand of gaming software that is being enjoyed by the people throughout the world today.

The development of the software of this company is considered to be very consumer oriented and following this, the company is counted among one of the most leading software providers for online casinos throughout the world.

Aristocrat Technologies Australia Pvt. Ltd. or as it is addressed, Aristocrat is a slot and electric gaming table machine manufacturer based in Australia. The company has been in the business for more than fifty year today. The gaming machines that this company provides operate in more than 200 jurisdictions on an international level. The company has different offices located in Australia, New Zealand, United States, United Kingdom, South Africa, Argentina, Sweden, Macau as well as Japan. Thus, evidently, the company has established a huge business around the world and today it entertains a global staff of more than 2000 people.

The company’s main focus has been land based slots, however by the year 2010-11, the company finally entered the online world and since then their popularity has been rising like a wildfire. As of 2012, the company released more than a dozen of online slot machines that are available to play and are spread over five different online casinos namely, MoneyGaming, Bet365, Genting Casino, Boyle Sports as well as Mecca Bingo.

They also received their own license from Nevada and today, 26 percent of their total revenue is collected from the United States. At present, the company has become the second largest slot machine manufacturer in the world. It is second only to the famous IGT. The company went online in the month of March in the year 2011 and put on its game releases at Bet365. Following this, several existing games of the company were converted online by the way of various venues.

Aristocrat released itself online in the year 2011 and since then it has been releasing a number of online slots on different platforms. The games introduced by this company are graphically as well as mathematically mastered for an amazing online play. All these games maintain their exclusive Aristocrat mathematics and a well-known imagery of sounds, graphics et al.
The best online slots of Aristocrat include the following:

The introduction of mobile and fun play apps

The company soon released a number of its slots in the ‘fun-play’ mode for all the players of the United States. This opportunity has led a number of players to play games for fun online and at the same time the same was used by the land based casino as an integrated marketing tool to draw a number of customers into their brick and mortar operations. All the mobile games provided by this platform entertain unique features such as dream odds in order to emulate the experience of big jackpot wins. The best mobile games that Aristocrat has for all its gamers include the titles like:

Major Milestones achieved by the company

So far, the journey of Aristocrat has been remarkable. The same is expected to reach greater heights in the coming ages. The online games provided by this platform are worth a try.

If you liked this article, you might also enjoy The Gray Eminence of Gambling IV. - Quickfire 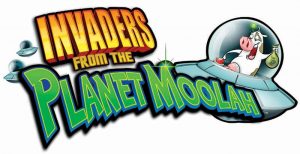 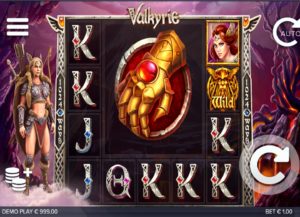