Have you noticed that many online casinos provide the same games? Some of them even share or collect the jackpots. You might think, gambling is a multi million business and you are right about it. The online casinos are making a lots of money but are they the most powerful ones? From our research the online casinos are only a "sales men" and there are companies more powerful in the background. Spincastle is introducing the part number seven of the Gray Eminence of Gambling. In this part we talk about IGT.

Whenever the discussion of various leading online casino software is taken into consideration, the mention of International Game Technology is a must. IGT, in fact is considered to be one of the big daddies of the gambling industry that has taken the entire gaming world by storm, thereby changing the whole definition of casino by introducing it online along with a variety of impressive video slot games and best classic slots.

Founded in the year 1975, International Game Technology, or as it is addressed, IGT, is headquartered in Las Vegas, Nevada and the same is considered to be one of the giants of the gambling industries. The company is concerned with designing the slot machines as well as casino games which are played in the traditional land-based casinos throughout the world. In the more recent years, the company has expanded all its operations and today it is successfully providing a number of games to the online betting world. A number of the titles have been ported to the online casino software of this company which is also considered to be the foundation of all their internet operations.

Using a gradual and a systematic expansion along with the adaption of the leading technologies of present times, the company has positioned itself to be the strongest company in the world of online casino and since then it has been maintaining the same popularity and fame.

IGT established itself in the year 1975, although their present history as well as the parts which are relevant to the casino industry in the present times started off in the year 1981 post the announcement of going public by the company. A number of new releases were followed and in no time the company quickly carved out is position as one leading supplier of all the land based slot machines to the industry.

In the year 2001, the company was listed on the Standard and Poor’s top 500 companies for the very first time. The growth of the company started slowly and steadily and in no time they continued to overpower a number of gaming companies using their polished and efficient operation. IGT began to chase all the slot players around the globe and developed their famous Mega jackpot series after a quick advent of internet throughout the world.

The year 2005 is considered to be a breakthrough year in the progress of the company as by this time the company purchased its then strongest competition – Wager Works. In the year 2014, the company made an announcement that it will be merging with another leading name called GTECH in the gambling industry. Under this particular arrangement, IGT maintained its name and accepted the recognizable design of GTECH at the same time.

IGT is one renowned developer of a number of famous casino games that are seen on the internet today. The company has been the mastermind over some of the most popular slots such as Cluedo, Cleopatra, Black Widow, Crown of Egypt, Kitty Glitter and Da Vinci Diamonds. The players at IGT powered casino are at a fair opportunity to enjoy around 80 slot titles that further support more than 15 different languages as well as more than 30 currencies.

One of the most amazing characteristics about the slots designed by IGT is their amazing design. The company pays a lot of attention on the smallest of details of all their games and hence each game designed by it tends to back beautiful symbols, amazing effects as well as unique characters.

The players can also find a number of other kind of games on the casinos powered by the IGT software. The games such as 3 Wheel Roulette, Roulette as well as Blackjack are considered to be the top most games that feature some of the biggest cash-prizes to lure the players.

Over the time, IGT had also released a wide range of amazing video poker games. The famous video poker games introduced by the company include Bonus Poker Deluxe, Joker Poker, Deuces Wild as well as Jacks or Better.

The best thing about this software is that it comprises of an instant play option which doesn’t demand for any software downloading. Thus, this serves as a perfect option for all those players who look forward to playing on the go. Every casino powered by IGT could be accessed by smartphones as well as tablets as long as the customers have a device which runs on one of the operating systems supported by it. Thus, the latest versions of Android, Windows, iOS as well as Blackberry mobile devices could be used for playing the games at the IGT casinos.

IGT is referred to as a serious and a reliable software provider, the platform of which offers both fair as well as safe gambling environment. The games provided by the IGT software are regulated and licensed by the Alderney Gaming Control Commission. This license is referred to as one of the most reputable and recognized gambling licenses. All the IGT powered casinos also make the use of the latest encryption technology and thus whenever any player sees the games by IGT, he can be sure that he is playing at a trusted online gambling website.

Fairness as well as random outcomes are guaranteed at the gambling operators which feature the casino games at IGT. The software of the provider is frequently tested by all the individual auditors such as Technical System Testing which confirms that its RNG is giving out the results that couldn’t be predicted by anyone else.

If you liked this article, you might also enjoy The Gray Eminence of Gambling VI. - Barcrest 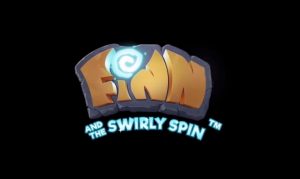 Finn and the Swirly Spin Slot

Are you ready for something new? Finn and the Swirly Spin slot is nothing you have seen before 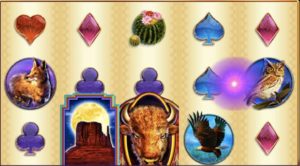 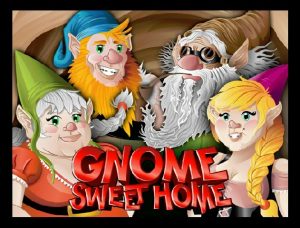