Have you noticed that many online casinos provide the same games? Some of them even share or collect the jackpots. You might think, gambling is a multi million business and you are right about it. The online casinos are making a lots of money but are they the most powerful ones? From our research the online casinos are only a "sales men" and there are companies more powerful in the background. Spincastle is introducing the part number eight of the Gray Eminence of Gambling. In this part we talk about Thunderkick.

ThunderKick casino software is a recently established iGaming company. Launched back in the year 2012, the company has established itself as one of the best platforms where the players can get to enjoy a number of casino games. The company plays the role of providing software for the online gambling industry. In no time, the company has set itself as one of the biggest names, thereby gaining an excellent reputation. Not only this, the company has also partnered with some of the top operators of the industry. The games designed by this software are mostly known for its uniqueness as well as innovation. All the games are loaded with plenty of amazing features and hence all these games have a great tendency of keeping their players entertained for longer periods of time. The offices of the company are located in Stockholm and the company also holds an additional Maltese Gaming license.

ThunderKick was founded in the year 2012 by a group of former designers belonging to Net Entertainment. The latter is considered to be the most successful casino software design firm that has a presence of 31 percent of the total European online and gaming market. Since the founders of the company already have a lot of experience, they decided to create a company of their own. Thus, they established the company having the software that is totally different from all kinds of regular providers especially in terms of functionality as well as aesthetics.

The company began to design its work in the year 2012. Just like all the other software startups, the company too needed to build a great technology before it could actually market itself. In April 2014, the company designed eight online video slots and allowed itself to sign a deal with Unibet which is considered to be one of the major steps taken by the company to expand itself.

Within the two years of its development, the company added dozens of successful ThunderKick games into its slot list. However, this Stockholm-based company is yet to design its table game and video poker software.

The company mainly focuses on the quality of all the games designed by it and not on the quantity of the games that it creates. The games designed under this name are considered to be very high in standard and they include some of the most popular titles namely, Fruit Wrap, Sunny Scoops, Magicious and Birds on a Wire. All the games produced by this company always bring a bright element, fun colors as well as some of the most intriguing themes. The players can also expected the amazing 3D visuals as well as brilliant soundtracks. The best thing about the slots developed by ThunderKick is that all of them are designed in the house that means that the focus is given on the quality of the game as well as player experience.

All the games designed under this name make the use of real-time 3D engine which is further provided by the software from Unity. Thus, they include elements that cannot be seen on any other slot machines. The overall quality of the games powered by ThunderKick is exceptional and the players usually have a gala time playing them.

The top casino powered by the company include the following:

ThunderKick makes sure that it pays all the attention to the norms of security and fair play. The success of this company so far has been outstanding and it is all because of the efforts that the company has been putting to design all its games in tandem with security as well as fair play. The games created by the company are original and all of them are continuously expanding their portfolios. The company is considered to be very social and the customer support that the company provides is considered to be excellent.

The customer care service of the company is always at the disposal of all its clients. There is always someone of the behalf of the service to solve all kinds of queries of the customers and to give them a satisfactory service. All the games produced and created by the company are genuinely tested and certified. The company makes the use of its latest technology in terms of developing its games.

All the online slots designed and created by the company have been made available for real and free money by the way of web browsers. Thus, the players can participate in all kinds of games without actually downloading the cumbersome casino software. The titles are primarily built for the desktop and laptop platforms. There isn’t any update about the buildup of the mobile gaming by the company as of now.

ThunderKick is a younger company than all the other software developers that have been designed for the online gaming as of now. The company hasn’t been recognized in the category of major online gambling industry award shows. However, a variety of the license holders of the company have won awards and accolades for offering the best online casinos as well as for having the best slots. ThunderKick has successfully maintain quality of connections within a short time span of two years.

The company has always chosen not to divulge a lot about itself. However, the group has put a lot of amazing video slots in terms of their quality. All the games provided by this software are bright looking and fast playing. Thus, they make a combination of unique gaming experience. Overall, the company has stood out and proved itself on the world platform of online casinos in a very short period of time. The fact that ThunderKick casino has been in the competition with some of the biggest names in the business itself speaks about the fantastic journey of the company.

If you liked this article, you might also enjoy The Gray Eminence of Gambling VII. - IGT 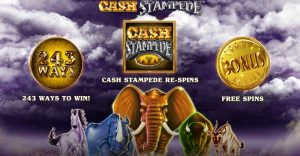 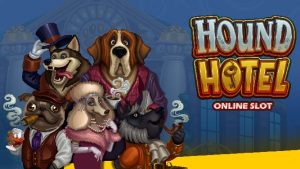 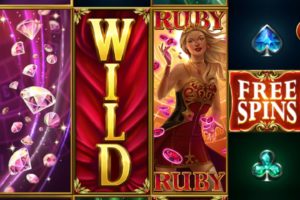 Ruby Casino Queen slot game, launched by Microgaming and Just For The Fun, is a pretty fun game which comes with plenty of exciting features and rewarding payouts