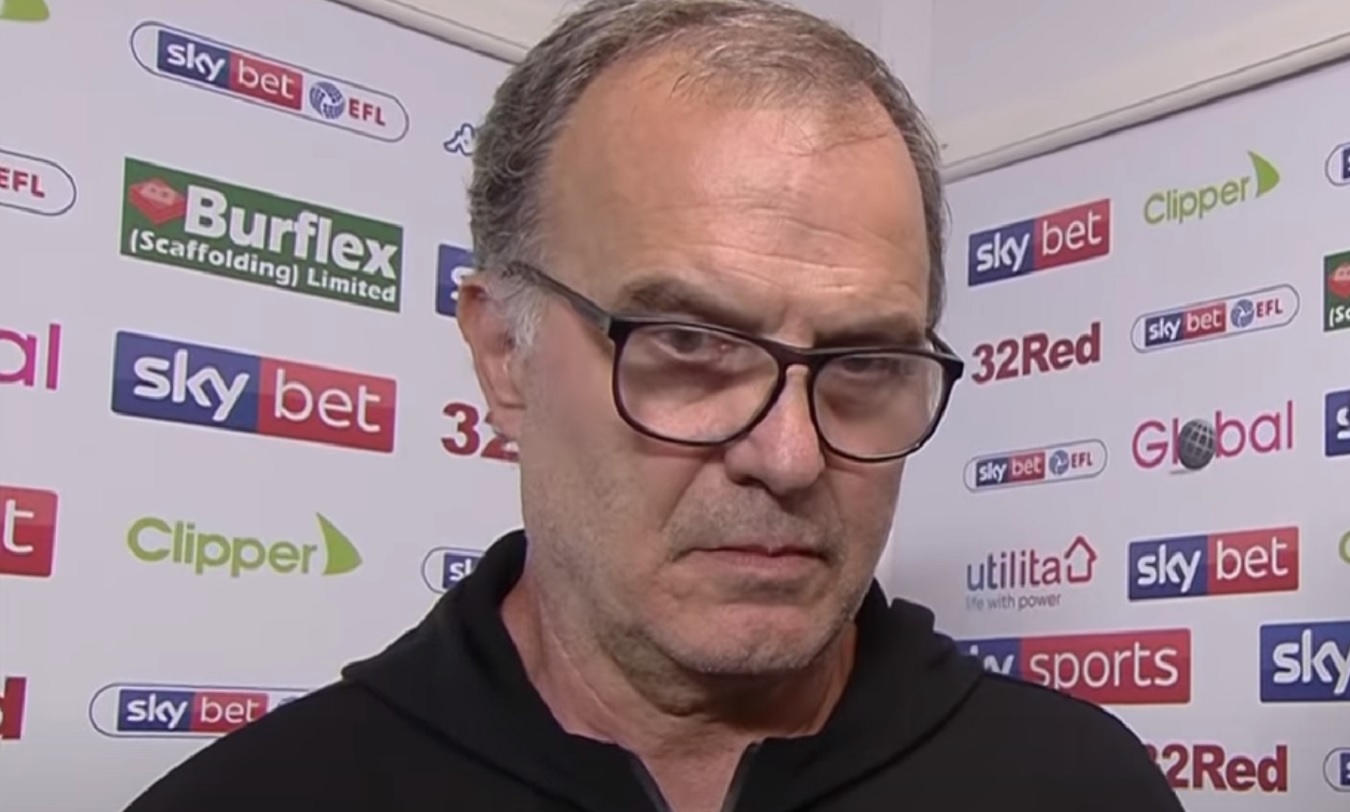 Marcelo Bielsa as the most honest football coach in the world

After an era of disappointment, Leeds fans were finally given some hope when they heard the news of a new takeover of their club by Italian Businessman Andrea Radrizzani. The first step was to assemble a management team of the highest quality to get the club back on track. Leeds United appointed Victor Orta as their director of football. The Spaniard was recruited from Championship rivals Middlesbrough. An ambitious CEO joined him in Angus Kinnear. The latter was previously working at West Ham United as the managing director. Under the brand new board in the first season, Leeds United finished 13th in the second division, and it was the year of some critical learning. The board knew more change was needed, and the search began for a world-class manager.

Owner Andrea Radrizzani and Director Victor Orta suggested a name with a unique history. Radrizzani and Orta identified the great Marcelo Bielsa as the potential Leeds United manager. Angus Kinnear and Victor Orta went to Buenos Aires to meet the Argentine. The meeting with Bielsa lasted almost 12 hours in which Kinnear and Orta explained to him the project and also the volume of the task to take Leeds United back where they belong. As the duration rightly proves, the length of this meeting was big, and so was the conversation. After all the conversations, Bielsa acknowledged the project. A few days later, Marcelo Bielsa was announced as the new head coach of Leeds United.

Bielsa's appointment had a galvanizing effect on the whole city, and optimism was filled with expectations going into the new season. Big signings were a part of the first transfer window with Bielsa as the club signed striker Patrick Bamford from Middlesbrough for a reported 7m pounds. The club also signed the well known Spanish keeper Kiko Casilla from Real Madrid on a free transfer. The Whites also completed the loan signing of Jack Harrison from Manchester City. Harrison, known for his pace and crossing ability, had a lot of fans waiting to see his magic on the pitch.

However, the season ended in disappointment with Leeds failing to earn promotion but was marked for some massive improvements in the space of a single year. Leeds United led the way for most of the season, but due to their high-intensity tactics, their energy levels seemed to get exhausted by the end of the season. The decline saw them entering the playoff spots and eventually losing to Frank Lampard's Derby County side. Leeds' style of play was highly praised in the media, but the constant press out of possession played some part in the decline in form. In the 2018/19 season, Leeds United earned 83 points, 11 less than the champions Norwich City. Bielsa's side won 25 games out of 46, losing 13 in the process. Leeds lost 5 of their last 9 games and won just 3 of them, which shows how much they struggled towards the end.

When things go up and down

However, despite the eventual disappointment, it was the season where Leeds proved that they will be going hard for the promotion next season, with the ambitious owner still believing that it's possible. With a lot of players excelling under Bielsa, the second season had more pressure. The likes of Kalvin Phillips, Jack Harrison, Patrick Bamford were all progressing quickly under Bielsa's guidance and had a lot to deliver in the upcoming season.

Bielsa's second season was the club's tenth consecutive season in the Championship. Going into the new season, Leeds fans were highly optimistic of their chances of earning a promotion, but at the same time, they were disappointed with the conclusion of the previous season. However, the experience that this young side gained in the 2018/19 season was something they learned from as they looked to attack the league's top spot.

Two influential figures surprisingly left the club in the summer as Pontus Jansson, and Kemar Roofe departed. The incomings were in high numbers and added to the Leeds fans' excitement. The club signed Jack Harrison on loan once again from Premier League side Manchester City. Pacy winger Helder Costa also moved to Leeds permanently from Wolves. Highly-rated young defender Ben White, goalkeeper Illan Meslier were a couple of some other loan signings.

Once again, Leeds started the season strongly with the club winning 4 of their first 5 games, with one ending in a draw. However, in the last eight games, Leeds United showed a major improvement as they were unbeaten in this extraordinary run. Moreover, they won their last six games as well, which saw them finish on 93 points and 10 ahead of 2nd place West Brom.

In the promotion season, the defensive improvement by Bielsa's side was astounding. In the 2018/19 season, Leeds United had an xGA of 47.04, but they conceded a poor 54 goals, which were critical in their failure to promote that season. However, in their promotion campaign, they conceded just 35 goals, which was the best in the division. Leeds also kept a clean sheet on 22 occasions, which further classifies how much they improved defensively. On nine separate occasions, Bielsa's side won by a 1-0 scoreline, something you don't relate with a team coached by Marcelo Bielsa.

There wasn't much difference in the offensive numbers as they outscored their tally of the previous by just a single goal. However, there was an increment in Leeds's xG for the new season as they averaged 1.82 goals per game to 1.67 of the 2018/19 season.

Leeds were finally promoted to the Premier League when West Brom lost to Huddersfield. The next day, Brentford losing to Stoke City saw Leeds United confirmed as the champions of the 2019/20 Championship season.

In those two seasons, a lot of historical moments were experienced on and off the pitch. Two of the most significant incidents took place in Bielsa's first season. One was when he instructed his players to allow Aston Villa to score the equalizer after his side scored a goal with a Villa player down on the pitch. That game was being played at high intensity since the start, and a lot of fouls were involved. Leeds fans were fuming as they were witnessing that all the decisions were going against them, and Ellan Road was becoming noisier every second. However, what followed in that game was undoubtedly one of the most iconic moments in the game's history.

The Spygate saga at Leeds

The other incident is famously known as "the Spygate saga." Derby County, coached by Frank Lampard, charged Leeds United for spying on their training session. Astonishingly, Marcelo Bielsa took all the blame for the allegations that were made by Derby. As a result, an emergency press conference was called by Bielsa, and the club's fans were worried because the last time Bielsa did an emergency press conference, he left Marseille. Having said that, this time, another significant incident took place as the world watched one of the most bizarre press conferences ever.

Marcelo presented a 70 minutes long presentation in which he explained how he and his staff prepare for every game with all the details. The graphics and the elements that were displayed that day were simply colossal. These two incidents are a few of the reasons why Marcelo Bielsa is regarded as the most honest coach in the world. 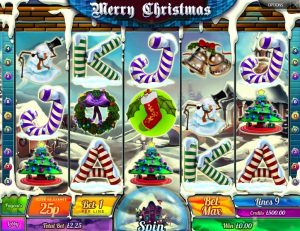 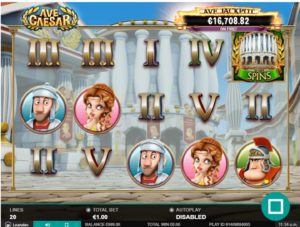 Ave Caesar slot game, a game by Leander Games, is packed with a lot of thrilling features. Contrary to popular belief, the game isn’t too confusing 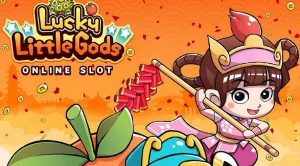 Lucky Little Gods is a 5 reel slot machine game with 243 ways to win. It is obviously a video slot with an Asian theme and it is powered by Quickfire gaming platform